“Smart” wristband will be issued to people living with dementia 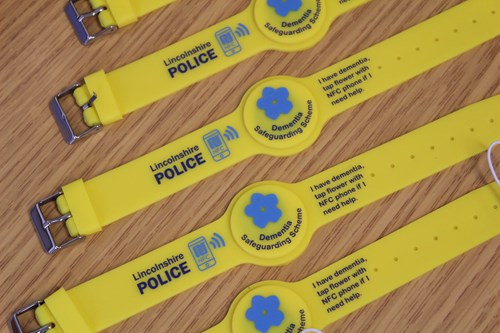 A “smart” wristband will be issued to people living with dementia in a new project launched by the county’s police and crime commissioner.

The wristbands will store the names and contact details of a wearer’s next of kin and can be read by smart phones using near field communication technology.

A pilot project using 600 bands will be launched in East Lindsey and supported with a £1,000 grant from PCC Marc Jones and additional funding from local community groups including the Royal British Legion and the Coastal Community Challenge. 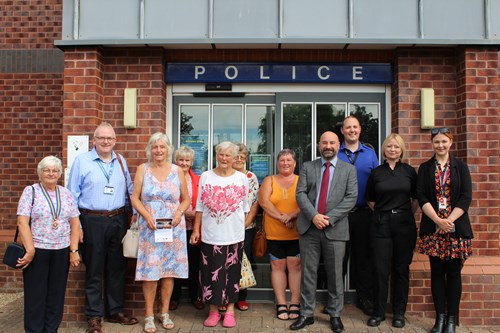 The bracelets can be worn or carried by people living with dementia so, if they get lost, police or members of the public can quickly access details of the next of kin and contact them. Details can be retrieved simply by placing a mobile phone within two three centimetres of the device.

If the trial is successful the project could be rolled out across the county. According to figures released by the NHS in January this year there are an estimated 11,800 people in Lincolnshire living with dementia - - with 7,200 officially diagnosed. 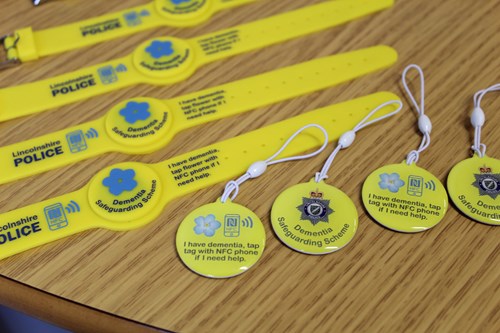 Mr Jones said the project could be a huge step forward in protecting vulnerable people.

“This new technology is one step, but an important one, in ensuring we do everything possible to protect vulnerable people in our community,” said Mr Jones.

“It is crucial that people living with dementia can get to a place of safety and security, with friends or family, as quickly as possible. These wristbands will achieve that.

“It is another example of how we are trying to harness he latest technology to keep out communities and residents safe.”

In addition all of the PCC’s Safer Together Team are trained Dementia Friends – who raise awareness and understanding, so that people living with dementia can continue to live in the way they want.

The project comes in the wake of Lincolnshire adopting the Herbert Protocol named after war veteran and dementia sufferer George Herbert.

The Protocol form includes details about an individual’s medication, daily routine and significant places as well as including a description and a photograph.

If you are a carer or relative of someone who is living with dementia who is mobile within the community and you think a wristband would be of benefit then please email dementiasafeguarding@lincs.police.uk with the name of the person, you are requesting for. Include their date of birth and home address along with the requested name, address and contact number and a member of the team will be in touch.