How are things progressing?

At last, I have been able to get out and about more now that restrictions have started to lift and as a result have been engaging with the public at events in Monk House Park, Spalding, the Skate Jam in Boston as well as the very successful Mutual Gain event in Long Sutton.

In addition, I have been out consulting people on their views on the PCC’s next Police and Crime plan.

In Boston I have been engaged with the YMCA who are setting up the Good Neighbourhood Scheme, have established links with the local deaf/ hard of hearing group. Supported by PCSO Lisa Waterfall I have also made contact with the Restore church in Boston around their work with the homeless.

I should of course say thank you to both Neighbourhood Policing Teams, community groups, voluntary sector teams and statutory agencies for all the assistance to date. 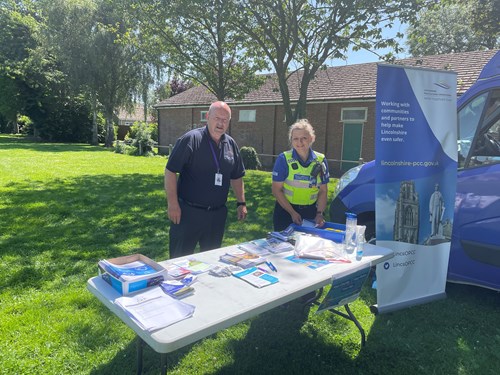 Monks Park, Spalding with PCSO Sylwia Davy asking the public about alcohol issues on behalf of the community. 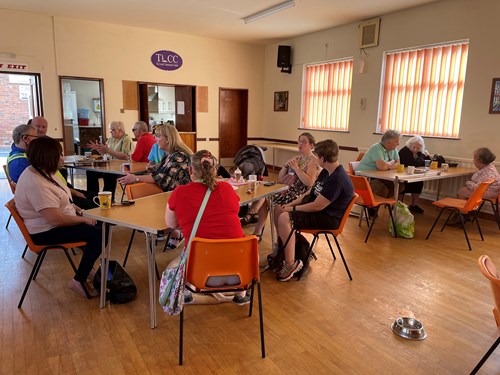 Boston coffee morning hosted by the Lincolnshire Sensory Service with PCSO Nigel Grant. Engagement with people who are deaf and hard of hearing, seeking their views on community safety.

With support of various Co-Op stores carrying out community consultation in Boston and South Holland on the PCC's planned Police and Crime Plan 2021-25.

A World Café event in Sutton Bridge saw a great turn out last week, with around 50 members of the community attending to have their say about where they live.

The event, which took place at the Curlew Centre on Saturday 11 September, was designed to get people talking over cake and drinks about the issues they face in the area and how they can overcome them together.

Folk of all ages took part in the lively conversations which featured a wide range of subjects, including youth centres, the community wood and even discussions about wheelie bins. Inspector Nick Waters and members of the Neighbourhood Policing Team helped organize the event and we all played our part in making the event a success, asking the public: 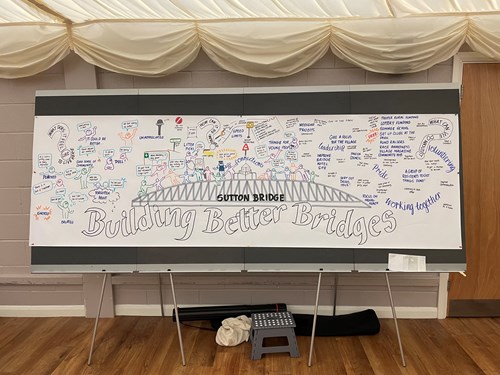 Some examples of messages put out each week by the Safer Together Team:

If you need a message sent out via Lincs Alert then contact your local Safer Together Team rep. Don’t forget we can target the message to a village, town or district.

You can sign up to get Lincs Alert messages at: lincolnshirealert.co.uk 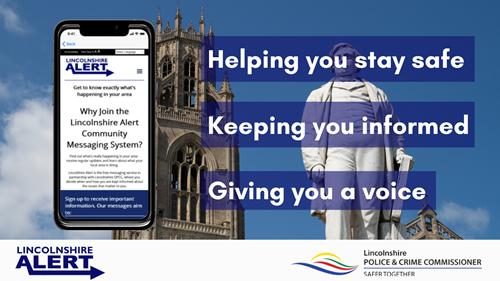 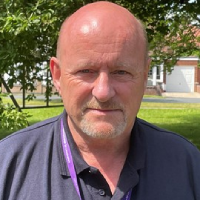