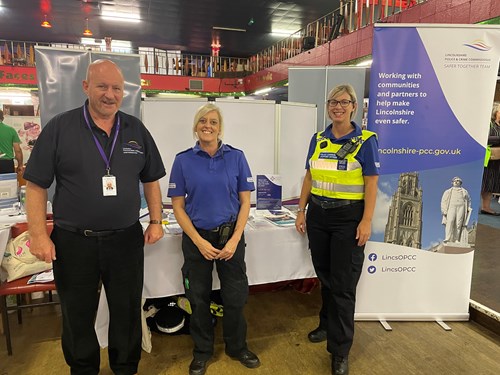 On Thursday 8 Sep I attended a networking event held in Boston along with PCSO’s Lisa Waterfall and Paula Scott from the Neighbourhood Policing Team. The event was arranged by the NHS and was aimed at organisations and charities who work in Boston to better understand what each do and an opportunity to network. As the event was not open to the public it was a really good opportunity to spend time at other stands and talk about areas where closer working could be considered.