It's been a busy 3rd Quarter! I have been working very hard developing the Lincolnshire Strong Voices Programme for Young People, as well as continuing to engage with my Neighbourhood Policing Teams, and the Community.

Below are some of the events I have been taking part in this last quarter:

On July 6th, Safer Together Coordinator for Boston and South Holland, Alan, and I attended the Lincolnshire Association of Local Councils networking event in Woodhall Spa. This proved to be a good opportunity to meet some of the local councillors and speak about the work the Safer Together Team is doing in their areas. 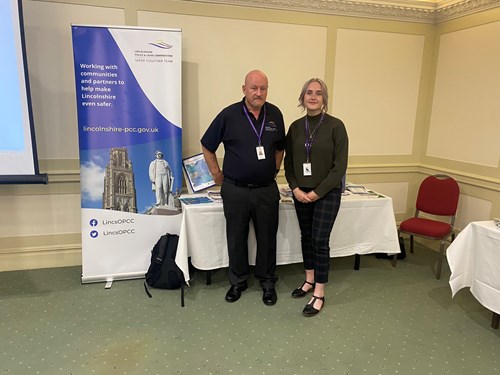 On the 20th of July I competed Anti-Social Behaviour Patrols with the Safer Neighbourhoods Team and The Stamford Bourne and Deepings Neighbourhood Policing Team. We spoke to lots of people in the area and supported the ongoing work of the priorities.

On the 30th of July I attended the Heckington Show with the Sleaford Neighbourhood Policing Team as well as the Rural Crime Team. We had an excellent time engaging with the community and promoting support against Rural Crime as well as the Lincolnshire Strong Voices Project.

On the 26th of September Safer Together Coordinator for Lincoln and West Lindsey, Stephanie and I attended the University of Lincoln Freshers event. Here we engaged with over 700 new students to promote the Lincolnshire Strong Voices Project. 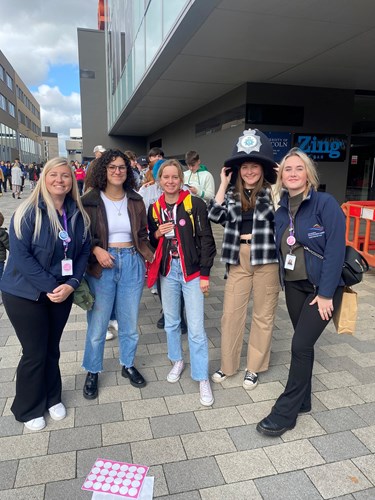 The Stronger Voices Project, led by the Office of the Police and Crime Commissioners Safer Together Team will develop further the work of the Youth Commission by engaging with 11-21-year-olds who live in Lincolnshire; empowering them to speak in an environment where they feel comfortable to raise local issues openly. Lincolnshire Strong Voices will be running hour long FREE sessions every two months within your community which will aim to:

We are running core group sessions in the following districts:

The Herbert Protocol is a national scheme adopted by Lincolnshire Police and other police services across the country. It encourages carers, families, friends or neighbours, to hold information about the person with dementia that can help the police find them if they go missing. The basis of the scheme is for vital information about the person such as medication, description, photograph, significant places in the person’s life and their daily routine, to be recorded on a form.

The form can be downloaded or printed here or picked up from your local police station. For further details contact Telecare on 01522 554040 during office hours. 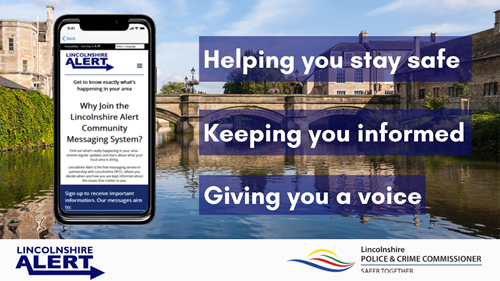 The team use Lincolnshire Alert to:

You can reply to our messages and complete surveys to speak directly to us. Sign up here.